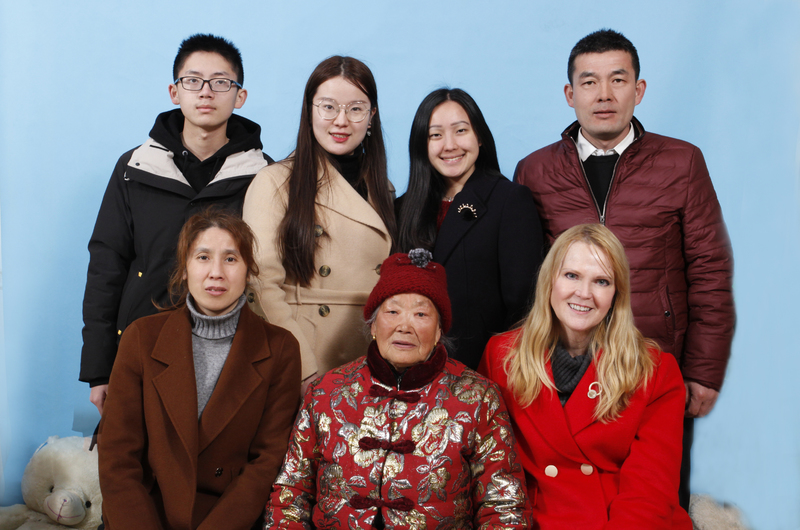 Adoptee: Haven with her family

Oct 4, 2019
Haven, 18, grew up in Chula Vista, California, about eight miles north of the border with Mexico. She was adopted in 2002 at just under a year old from the Social Welfare Institute in the city of Chaohu, Anhui Province. She is a first year student at the University of California San Diego with plans to study neuroscience.

In 2018, on a trip to visit her orphanage, Haven found her birth parents and her older sister and younger brother. The orphanage director, who was different from the director at the time of her adoption, was instrumental in their reunion.

"She I guess, was from or had some connection to the village she said I was from," Haven explains in her interview. "I guess before we arrived she had sent like a couple of people into that village to kind of find information or to just collect, I don't know, whatever she could dig up, I guess, and somehow we were given a phone number that was my biological father's, and, yeah, it was just kind of a wild goose chase for a little bit. We were just driving around everywhere going from village to village because everyone had different information but we finally go our hands on a phone number and I'm still not quite sure, My mother and I are still not quite sure about how this all happened, but we called the phone number and a man picked up and our translator and guide, Queenie, she translated for us and he was able to confirm my birthday and the place where I'm from and just kind of stuff that maybe only he'd know." 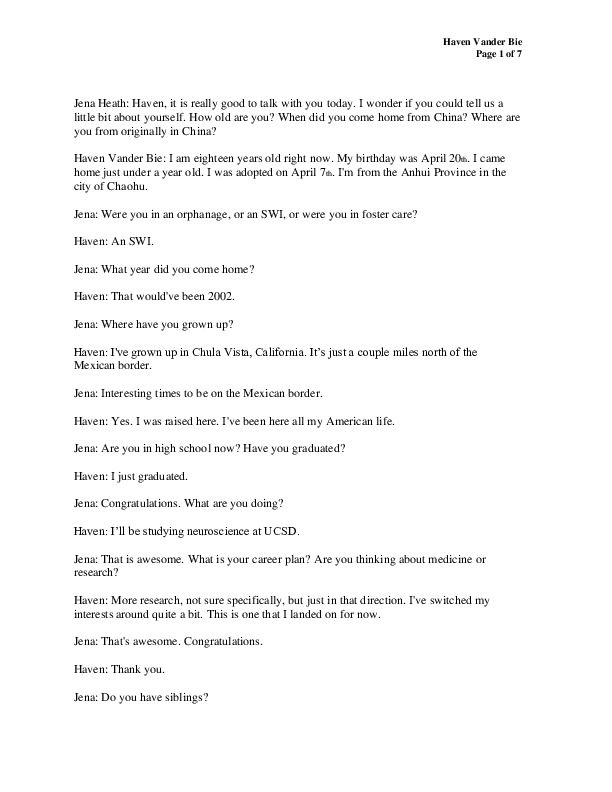 She remembers Haven expressing concern for her birth parents even as a 3 or 4- year- old. She imagined that DNA testing might one day lead Haven to her birth parents. She took Haven back to China on a Heritage Tour in 2012. They returned to China when Haven was a teenager. It was on the second trip that the possibility of finding Haven’s birth parents emerged. Through events that Kim says she still doesn’t completely understand their guide received a phone call advising her that there was information available for Haven. The guide was ultimately able to contact Haven’s birth father. That telephone call led to reunion.

Kim says the reunion has been wonderful. The family remains in contact via WeChat and is continuing to get to know one another. That she doesn’t have all the puzzle pieces about what led to the reunion is a mystery she can live with.

“I’m very curious by nature. I like to get to the bottom of things, but I feel like not at the expense of offending someone or alienating someone. It’s not worth it to me, you know. You know, it’s all worked out now and the last time we were all together we had this big dinner and we hugged, the birth parents, Haven and I and, afterwards, through Charley, our translator, Haven’s dad said:

“This is God’s arrangement…We just feel like, you know, the stars aligned and it all worked out.” 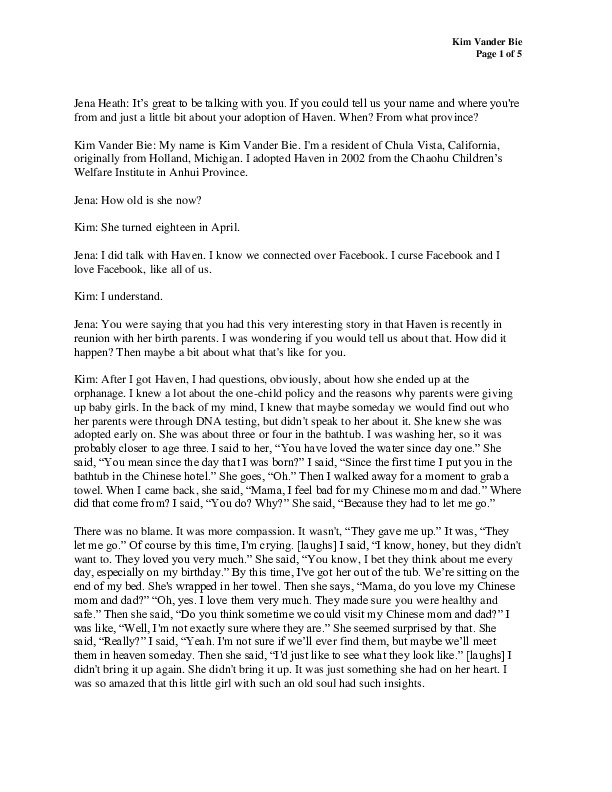