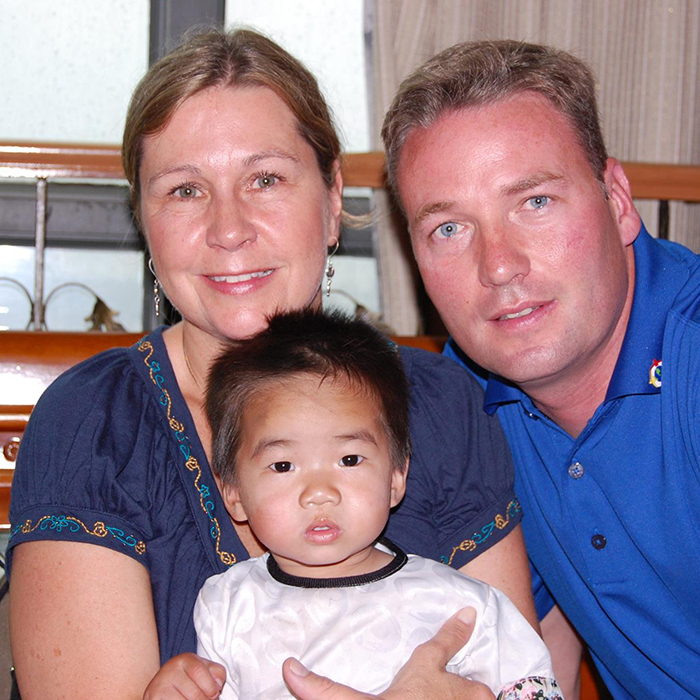 Last year I was doing Annie. And there are lots of orphans and I wanted to audition for Tessie. I think she was like 10 years old, or 11, and I auditioned for her because I wanted to.

Me and my dad looked up lines to see how many there were. It kind of took a long time, so then I wanted Tessie and Dad said I might not get what I wanted, but I auditioned and I got it.

I was a little nervous to first practice the solo, but then I got the hang of it. You get used to it once you practice it more. So when I went on stage for the real one, for the show, I wasn't that nervous. 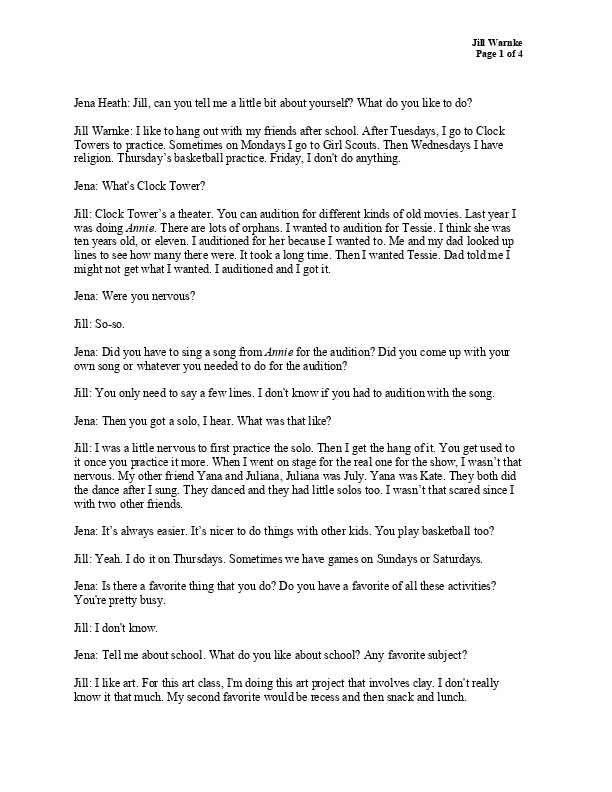 Janet and Pete Warnke saw a bulletin about Chinese adoption in their Catholic church bulletin in Irvington, New York. They attended a support group run by the mother of two girls adopted from China and quickly decided to move forward.

Janet, a secretary at a local middle school, and Pete, a police officer, said they never thought twice about adopting a child from another country.

`I knew there was a need for homes for these children, as there are for children of all types, so I was very interested to find out more,` Pete says. `The first meeting I went to I was hooked. I just jumped head first into it. For us, it just clicked right away. We started the paperwork very soon after our first meeting. We went every month, made good friends. Seeing the new kids come home all the time really kept me going. It was a long pregnancy for me, in a ense. I waited a long time.`

They did the six months worth of paperwork necessary for the application. Because the pace of placements had slowed dramatically by late 2005-2006, they waited 29 waits for their referral (the news from the agency that they had been matched with a baby).

The day that the referral came, they were both at work.

`I was on a traffic stop in our town and my phone rang and it was our friend Mary, who also was waiting on a referral,` Pete says. `She was very excited on the phone. 'We got the call. We got the call!' I immediately released the traffic offender. I didn't give him a ticket. I said, 'You're free to go!'` 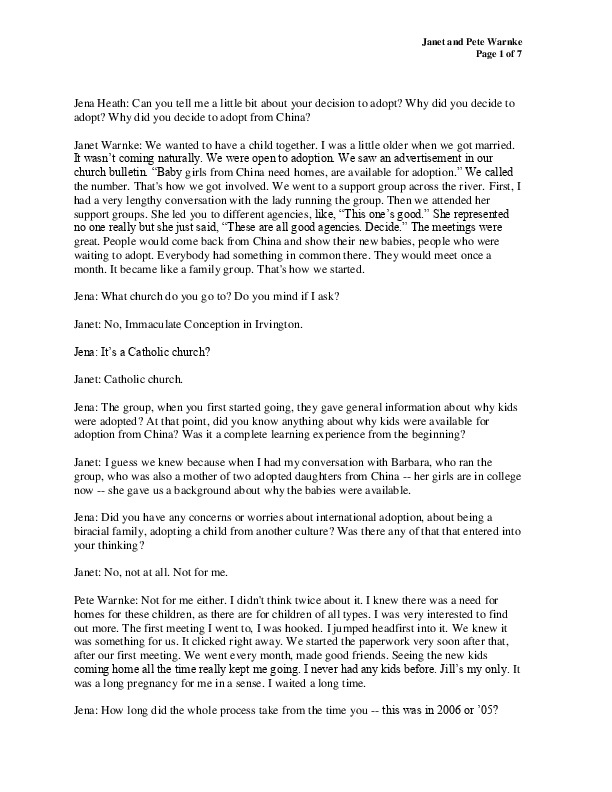