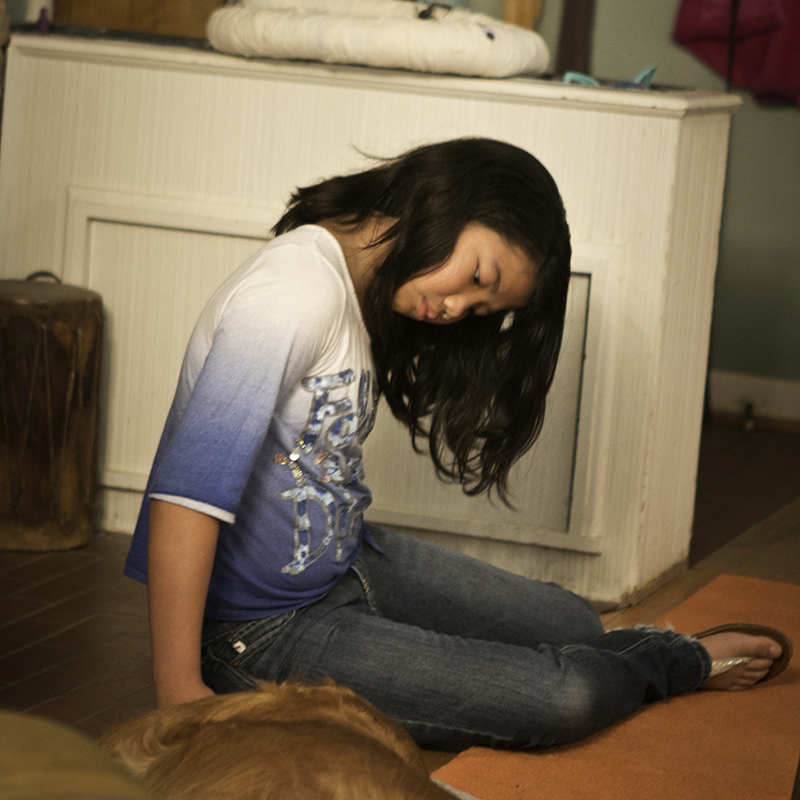 `I used to be in a Girl Scout group with a bunch of people adopted from China and I do celebrate Chinese New Year with my friend,` says Greta, a fourth grader whose closest friend was also adopted from Jiangxi Province.

`Me and my friend might go to China someday, when we get older.` 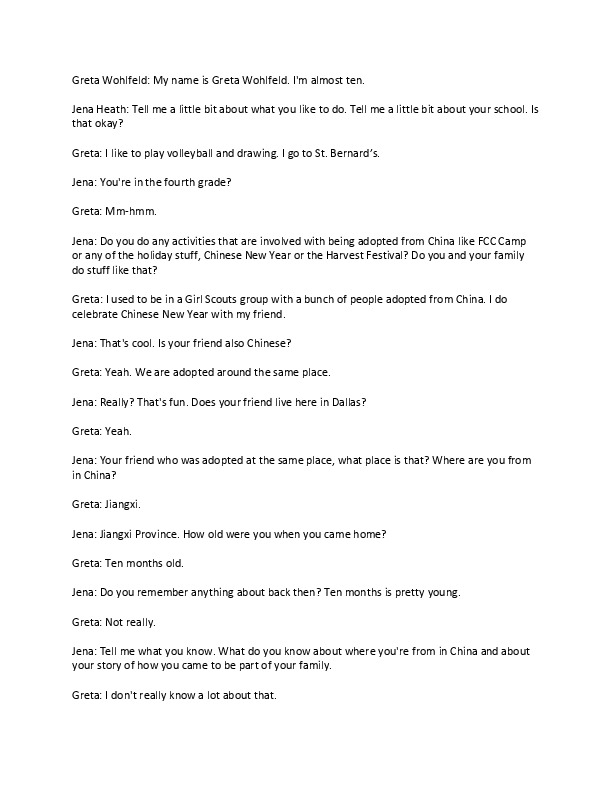 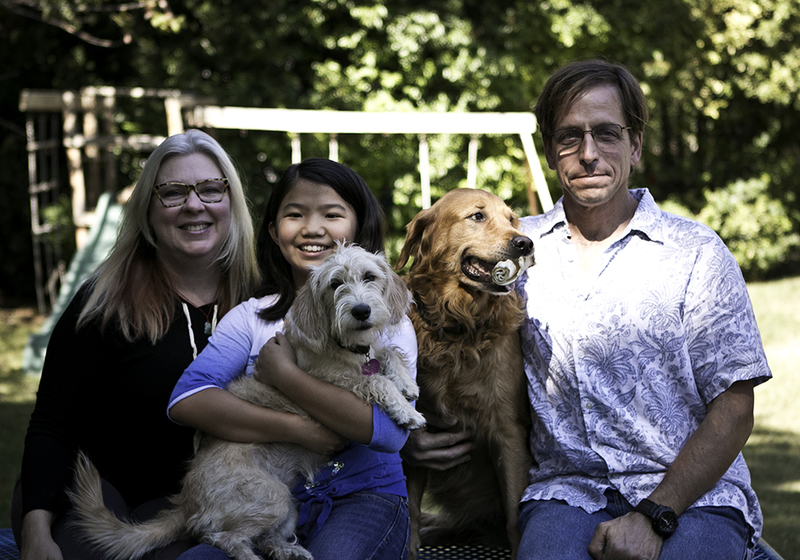 Michael and Kalen felt that China was a natural decision for them when it came to adoption. They were studying Chinese calligraphy and had Chinese friends. Chinese culture had long been an interest, especially for Michael.

The Dallas-area couple work on movie sets, Kalen as a makeup artist and Michael as a photographer and cameraman. Their home is creative and colorful, packed with art and shared with their beloved pups.

When they recounted the story of adopting Greta, they both teared up. Almost a decade later, the experience is still fresh.

Like many dads, Michael had to suffer through his new daughter's initial reluctance to be close to him. Kalen says she knew she needed to let go a bit, so Michael took over the feeding.

`I can remember feeling like a family one day when I was sitting there one day in the hotel room,` Michael says. `Both Greta and I were eating Cheerios and watching Japanese sumo wrestling on TV....This is what I like to do at home, so maybe that's what she did at some point. We just sat around and watched the Japanese sumo.`

`I really wanted them to have a bond and it was obvious that she was clinging to me. But I also needed a break,` Kalen says. `That's an intense thing, being an older mom and being handed a 10-month-old.`

The early adjustment was complicated by the fact that Greta was sick. They started Greta on the supply of antibiotics they had brought to China. When they got home, they discovered that she had bronchitis in both lungs and double ear infections.`It's an experience that no one can really prepare you for,` MIchael says. `It's a fun experience, but it's heavy.` 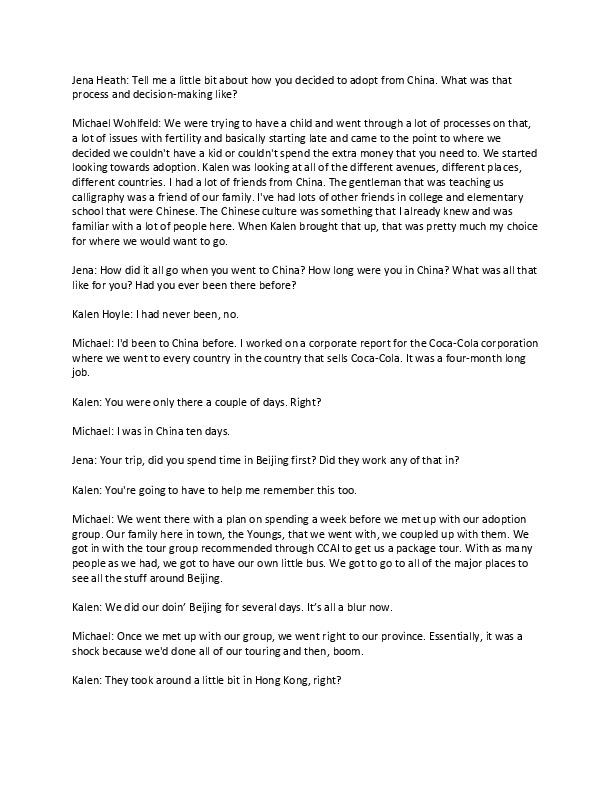