Date of adoption: February 2006. Adoption was dissolved. Adopted by the Sterner family in 2011.

Lizzie being interviewed for TV in China during her birth parent search visit. 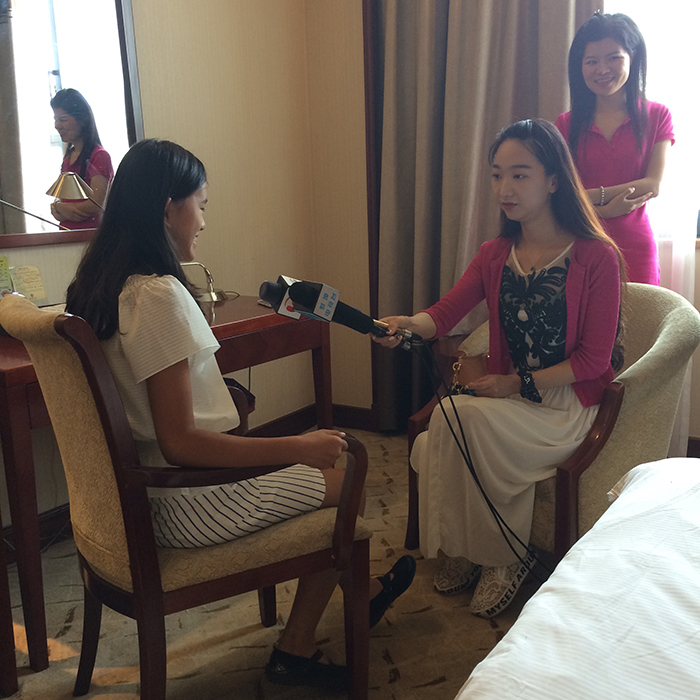 Apr 23, 2019
Lizzie's finding ad, placed in a local newspaper in China, is pictured here. She is also pictured being interviewed during a birth parent search trip. Some adoptees and families hope that local news coverage in China will help get the word out to birth parents who may also be searching.
Lizzie (a pseudonym) came home to Texas from the Bengbu SWI in Anhui Province in February 2006, when she was 2. After the death of her adoptive father, Lizzie's mother became ill and began behaving erratically. She and Lizzie moved to Seattle. At one point, they were homeless. Lizzie was taken into the public adoption system and maternal rights were eventually legally severed. She joined the Sterner home as a foster child in January 2010.
The Sterner family adopted Lizzie when she was 7. They moved to California, in June 2011. With the help of her family, Lizzie continues to overcome the challenges of a dislocated first adoption. She has two brothers. Her sister, Savannah, also adopted from China, did not feel ready to share her story. She was adopted in September 2002 from the Ningdu SWI in Jiangxi Province. She was 13 months old.
Lizzie is thriving. 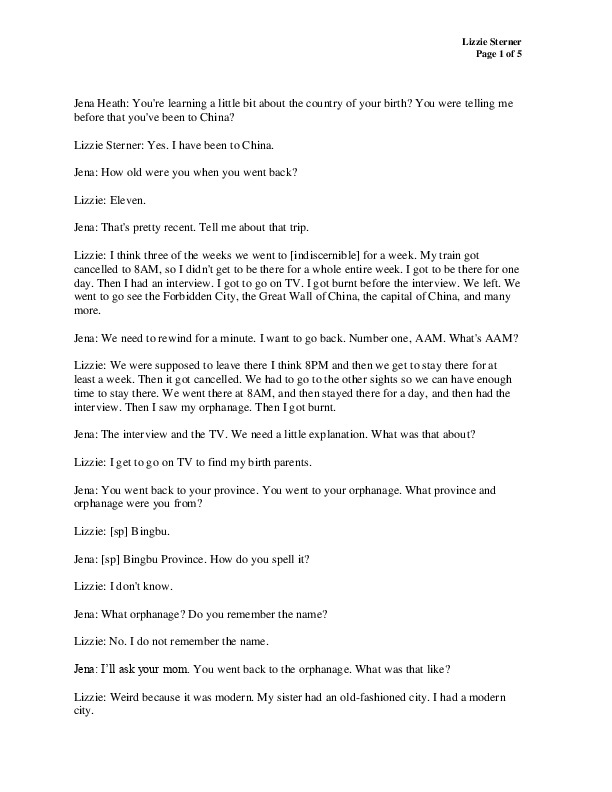 Apr 23, 2019
Bobbie and Vic (pseudonyms) live in Southern California with Lizzie, her sister and two brothers.
As foster parents, they took in medically fragile infants. They are good humored and philosophical about the challenges their kids have faced. Indeed, Bobbie points out that one of their sons, who is not adopted, has autism. Parenting has its challenges, adoption-related and not, they both say.
They are proud of Lizzie. She is an enthusiastic flute player, an honorary music mascot to the basketball team and, as Vic says, `a happy, healthy kid.`
Bobbie attributes Lizzie's progress to the stability and security of their family.
“Just having the structure of a home has helped her a lot,` she said. `And knowing that she’s not going to be hurt has helped her.” 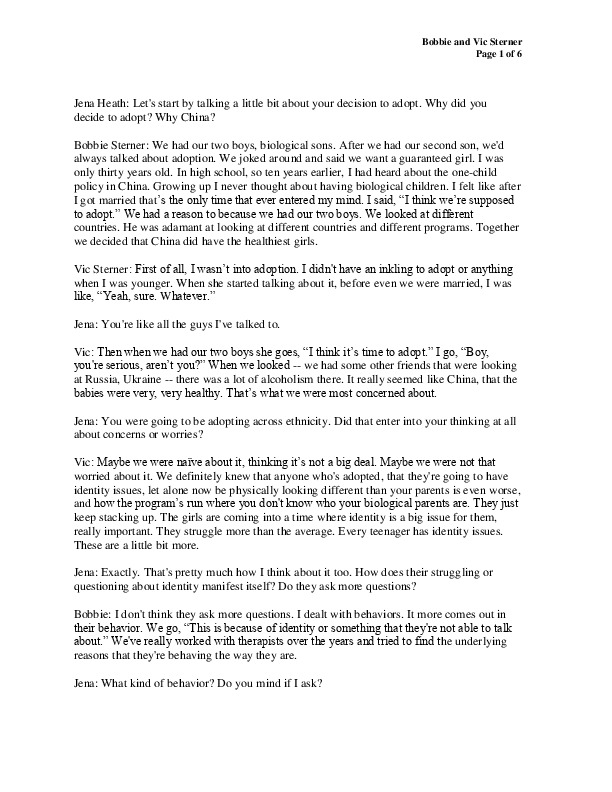